What is Super Affiliate System and how does it work?

Is John Crestani a legit guru, or is Super Affiliate System just another over priced scam?

What is Super Affiliate System?

Super Affiliate System is an affiliate marketing training platform by John Crestani. It promises to teach you how to be successful in affiliate marketing through paid ads on Google, YouTube, and Facebook. It’s a 6 week course with over 50 hours of video training, however, there are many red flags to consider.

Yes, John Crestani, as over the top as he his, is a real person.

Not happy with the normal 9 to 5, he was determined to be his own boss. He tried different things, but wasn’t happy until he landed a job with a marketing firm focused on running pay-per-click campaigns online.

This was something he found he was really good at it.

He ultimately built his Super Affiliate System that focuses on teaching others how to capitalize on his system of running paid ads for profit.

I found John Crestani after getting multiple spam comments on my YouTube videos.

Automated bots were leaving fake comments on my videos with links that led to something called “IMJetset: How to Earn a 6 Figure Side Income Online!”

It goes without saying that there are multiple red flags that go up when a spam bot is leaving unsolicited comments about an internet marketing opportunity with unrealistic claims like “how to earn a 6 figure side income online”.

So after seeing this same ad multiple times, red flags and all, I knew I had to review it. I signed up for the webinar to see what it was all about.

This is one of those things you have to see to believe. Go to my YouTube video at the beginning of this post and skip to the 1:53 mark to see cringe like you’ve never seen before in the opening moments of his webinar.

I’m going to be honest with you. Sitting through this painfully long webinar was difficult.

I lasted around 90 minutes and couldn’t take it anymore. To top if off it’s filled with all the internet guru cliches you could think of.

The webinar begins inside the cockpit of a helicopter.

You see John in this helicopter landing at a large property. The landing is captured from multiple angles and it’s like, “Ok, he’s adding a little production value to start this webinar.” Fine.

As he gets out of the helicopter, several people rush up to him, taping a microphone to his chest, putting a mic pack on him.

He literally asks, “Is the webinar starting? Is this on? Can they hear me?” as if this is all live.

John then makes his way inside the property, saying hi to girls in bikinis along the way.

This has got to be a joke, right?

“Ok guys, sorry I’m running a little late, but we’re going to go ahead and get this webinar started. It’s a packed house, so let me know in the chat box if you can hear me ok.”

He sits down at a large desk with a laptop open, and, oh yeah, THERE’S LITERALLY A MASSIVE PILE OF CASH ON THE DESK THAT HE NEVER EVEN REFERENCES.

Maybe this was just his way of spicing up a webinar.

I do admit, it was interesting and I was actually laughing out loud.

But the reality here is that he’s assuming his audience is completely stupid if we’re to believe this is live. The chat area of the webinar conveniently tells you that “public chat is turned off, so you won’t see anyone else’s questions, but don’t worry, John can see you.”

There’s a lot of filler in this webinar, and it seems to take forever to get rolling. In my opinion this could have been cut down to 30 minutes. His pre-recorded self repeatedly asking you to type things into the chat box as if it was live, which it’s not. “Type 1 into the chat box if you’re ready for more!” He repeatedly pretends to respond to nonexistent people in a nonexistent live chat. “Ok, Betty says she’s ready! So does David in Ohio! Great let’s move on…”

To add a sense of urgency or a feeling that the $1000 price tag is actually a huge discount there are multiple extremely high price values placed on different aspects of the training and even a countdown timer thrown in for good measure.

Unfortunately, this is nothing new when it comes to overpriced affiliate marketing training platforms.

At this point though, I feel like everyone’s in on the secret that the countdown timer means nothing and pricing everything with the last digit of 3, 5, or 7 doesn’t make it a better deal.

What Do You Get With Super Affiliate System Pro Training?

John Crestani’s Super Affiliate System 3.0 consists of 6 weeks worth of video training covering many aspects of ad-run affiliate marketing over several different networks along with tools and support.

The main issue I have with Super Affiliate System is that it’s all about paid ads. Paid ads is NOT something you want to jump into when you’re a beginner affiliate marketer. Paid ads and PPC (Pay Per Click) campaigns can quickly turn into massive money pits.

The system is broken down into 6 modules, with John instructing you on beginner topics to start, and then progressing into more complex strategies.

In all there are over 50 hours of video content, and it is continually updated.

Week 1 starts by getting you set up with the affiliate network John uses, Clickbank.

You’ll set up a very basic 1 page website and learn about buying domains through Bluehost. You’ll also learn about setting up Facebook ads.

Week 2 gets you started with Google Ads.

John teaches you how to set up keyword based campaigns along with location & device targeting and split testing. You’ll also learn how to track conversions using pixels.

He gives you an introduction to YouTube, walks you through setting up with your own channel if you don’t have one, and passes along tips, strategies, and pitfalls to avoid.

This module revisits Facebook ads, gives general affiliate advice, and goes into writing with the intent of converting a reader into a buyer.

He shares tips and strategies from successful affiliate marketers he’s worked with.

He also goes over scaling out your affiliate marketing campaigns.

This module goes into choosing your niche.

Throughout the previous lessons he has concentrated his training on the “make money online” niche and now goes about showing you how to find niches outside of that in categories like wealth, health, and happiness.

You get tools and resources like pre-built affiliate funnels, affiliate and advertising networks you can work with outside of what’s covered in the training, and course archives which feature previous versions of this Super Affiliate System training.

Inevitably, when you have high ticket pricing and you add to it unrealistic revenue promises, complaints follow.

In this case, there are two main issues I’ve come across when it comers to Super Affiliate System complaints: mounting ad costs, and ad networks banning you from placing ads for seemingly no reason.

Check out these two complaints below:

As you can see, you can run into issues when placing ads through Google and other networks and not even be told why.

An ad network can block or ban you from placing ads, stating you are not following their terms and conditions.

This can be very frustrating when you’ve already spent $1000 not to mention all the ad costs you’ve spent just getting started.

John Crestani’s Super Affiliate System is based on running paid ads across a number of networks such as Facebook, YouTube, Google, and more. There are many red flags to consider, not to mention an extremely over the top webinar that is 100% cringeworthy.

In my opinion, paid ads is NOT something to jump into as a beginner affiliate marketer. The high ticket price of Super Affiliate System ($997) in addition to mounting daily ad costs can add up very, very quickly with little to no return on your investment.

What questions do you have for me?

Have you tried out John Crestani’s Super Affiliate System? What were your results? Did you find what you were looking for?

Leave any and all questions and comments in the comments section below. I always respond and I look forward to connecting with you!

Check out “Wealthy Affiliate Review 2022” if you’re looking for a much more straightforward way to learn affiliate marketing without burning through cash. It’s the platform I recommend over all others and I’ve had nothing but a positive experience with it personally. You can create your free starter account here to see if it’s a good fit for you.

Born & raised in south Texas, Eric has enjoyed his career as a firefighter and paramedic since 2002. When he's not building websites he's traveling as far and often as he possibly can, and fully understands how awkward it is to type a paragraph about himself in the third person. Follow or contact: Instagram · YouTube · Email 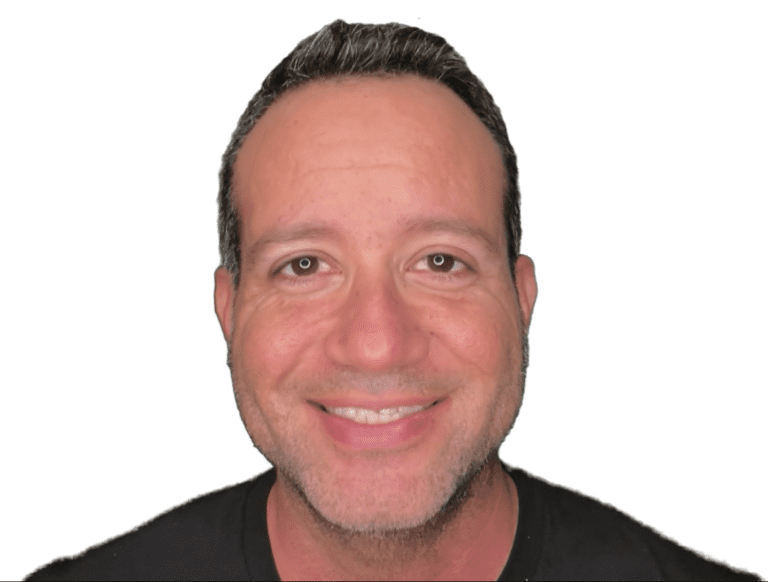 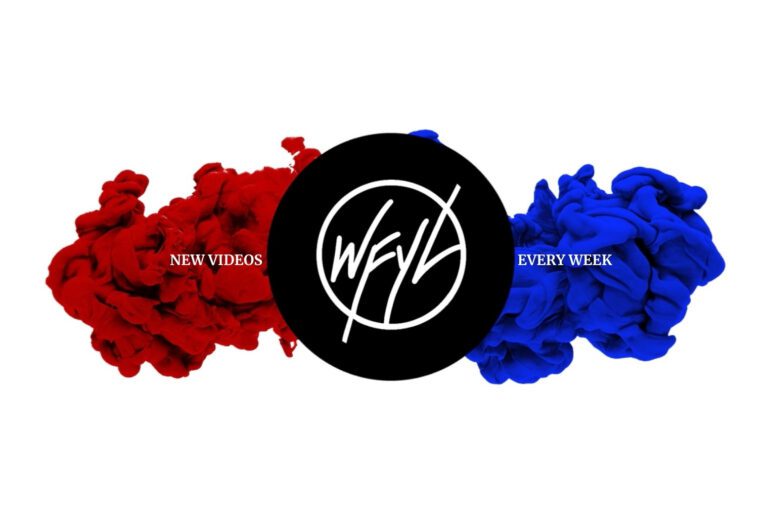 Have some questions for me? Want to share an experience you’ve had with something I’ve written about?

Feel free to leave your questions or comments in the comments section of any post!

I always reply and I look forward to hearing from you.

You can also contact me via email at eric@workfromyourlaptop.com

Search for an article

Born & raised in south Texas, Eric has enjoyed his career as a firefighter and paramedic since 2002. When he's not building websites he's traveling as far and often as he possibly can, and fully understands how awkward it is to type a paragraph about himself in the third person. Follow or contact: Instagram · YouTube · Email 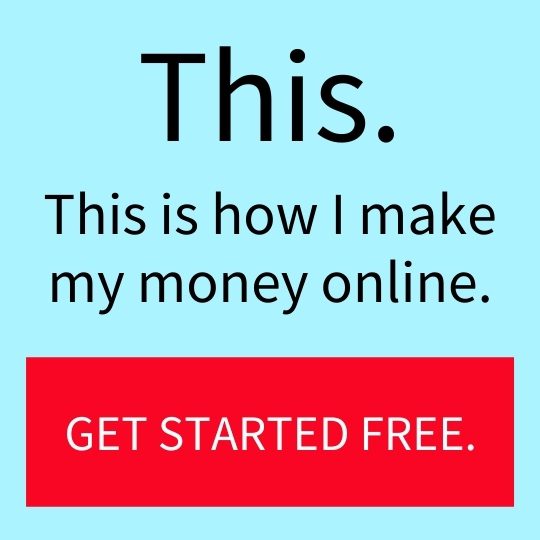